St. Mary’s College Kisubi has emerged the overall winner of the School ICT Club Competition at the 7th National Conference on Communications 2022 (NCC2022), which has been ongoing for two days from June 21 to June 22, 2022 in a blended approach both physically at Makerere University and virtually via zoom and YouTube.

NCC2022 has been organized by the College of Engineering, Design, Art and Technology (CEDAT), Makerere University, in collaboration with Uganda Communications Commission (UCC) and partners.

In the regional School ICT innovations competitions, four schools emerged as champions and would compete in the national competition. However, due to the strong potential of their concepts, two additional schools i.e. St. Henry’s College Kitovu and Iganga SS were selected to participate in the competition.

Download full detailed book of abstracts from the link below 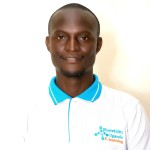